The sexy 59 year old mother of three Hollywood actress Demi Moore has returned to beautiful Greece for a summer holiday sailing the Aegean Sea on a yacht (August, 15, 2022). Moore shared a photo on a yacht, posing in a hot pink bikini, with the caption “soaking up sun”. Paparazzi captured the star aboard the yacht, with the blue and white Greek flag, revealing she was vacationing somewhere in the Aegean Sea of Greece. Moore is enjoying her Greek holiday with friends again this summer as she did last year when she posted from Greece in July of 2021. 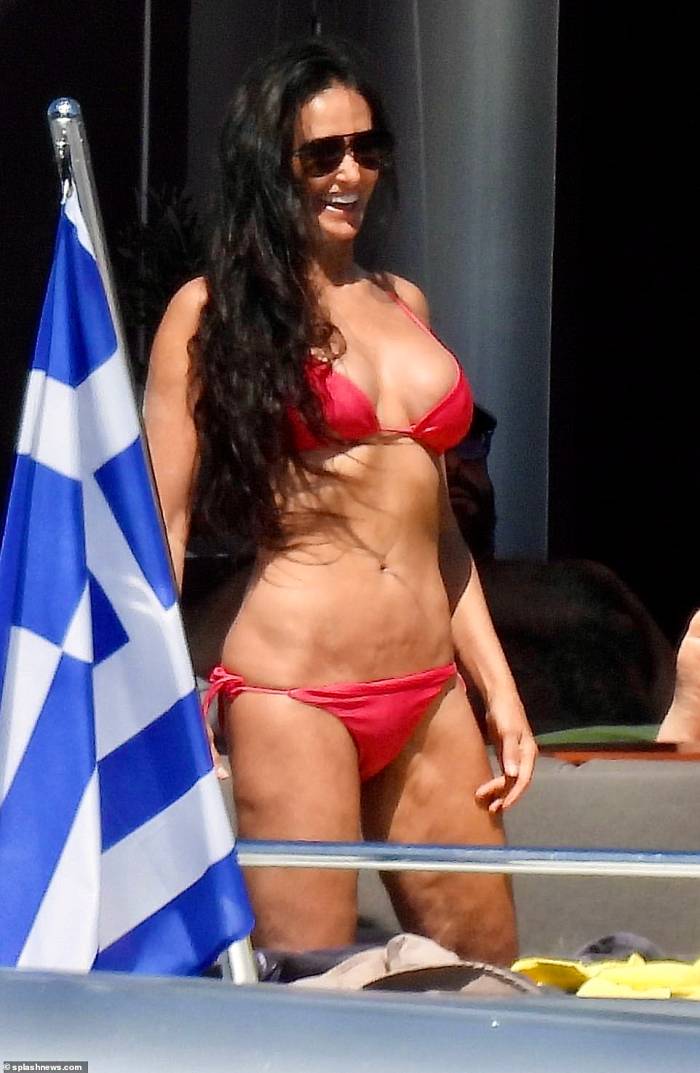 Before being hired for the soap opera General Hospital (1982–1984) and gaining notoriety through a number of teen-focused, coming-of-age movies in the 1980s, Demi Moore made her acting debut in the 1981 film Choices. She received a Golden Globe nomination for her leading performance in Ghost in 1990, the highest-grossing movie of the year. 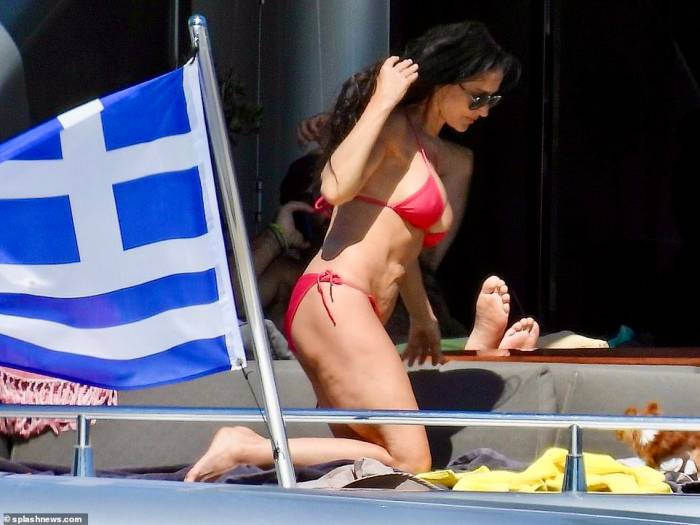 Moore became the highest-paid actress in cinema history when she was paid an astonishing $12.5 million to play the lead role in Striptease in 1996. Her most recent film release was the American drama ‘Please, Baby, Please’ (20222). Moore will co-star with Margaret Qualley (which would have included the late Ray Liotta) in body horror film ‘The Substance’. 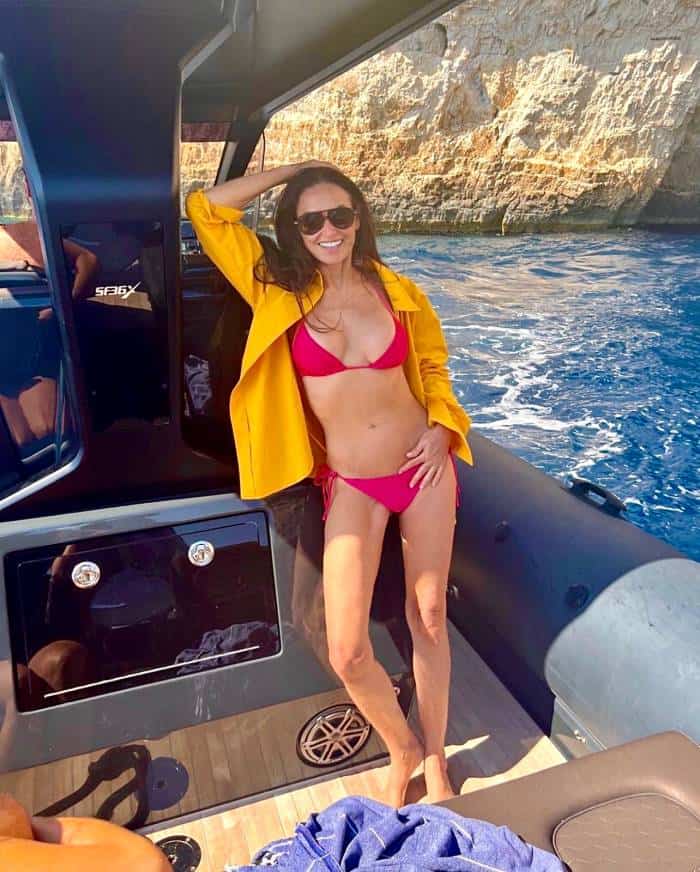