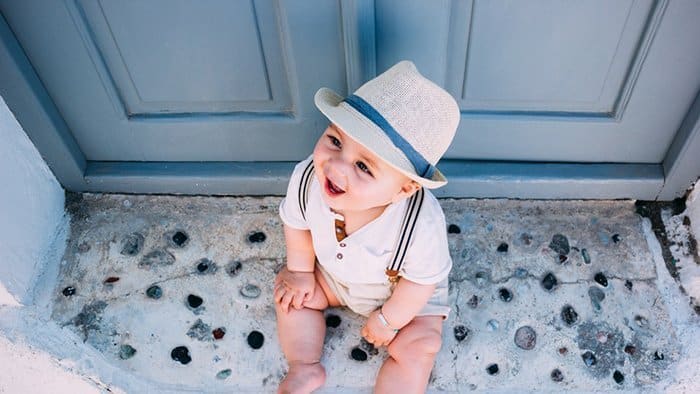 Many non-Greeks “Xeni” after watching My Big Fat Greek Wedding might think that in the whole country of Greece there are only two or three most common Greek names. Well, sorry but not everyone is named Niko!

Whether you’re on the hunt for names for your baby, your gaming characters or your novel-in-progress, it’s fascinating to see which ones are top choices internationally.

Pronounced “Yee-or-gos,” the Greek equivalent of George is the most common name in the country. In fact, the name George, which means “farmer,” according to Nameberry, originated in Greece.

Perhaps not surprisingly for a country that has nearly 10,000 churches, the top girl’s name pays homage to the Virgin Mary “Panagia” which is celebrated on August 15th.

The name Constantine is derived from Konstantinos in Greece, this name dates back to the Roman emperor who founded Christianity in his country. Konstantine is also a very popular name in Russia.

The second-most popular name for Greek girls is this variation of Helen, meaning “shining light,” according to Nameberry. Like Helen of Troy, the beauty whose face “launched a thousand ships.”

Giannis (or Gianni) is just the Greek version of the common name John. The name you know from the world of sports and the NBA’s Greek Freak Giannis Antetokounmpo.

The popularity of the name “Giannis” has increased by 135% and is up 662% since 2016, when Giannis Antetokounmpo played in his first all-star NBA game.

Like many well-loved names, this originated in Greece and was changed over the years to variants like Katherine, Katia, and Caitlyn. Meaning “pure,” it works well no matter what variation you use.

Also spelled Dimitrius or Dimitrios, the fourth most-common boy’s name in Greece means “follower of Demeter,” according to Behind the Name. Demeter was the Greek goddess of agriculture, so following her was no doubt a very wise thing to do.

A Greek girl’s name meaning “regal,” according to Nameberry, this is a name to consider if your baby is going to be the princess of the household.

Just like the scene in My Big Fat Greek Wedding. More than 6 percent of all boys in Greece are named Nicholas. According to the Social Security Administration’s records, Nicholas ranks #54 on the list of names for this decade in North America.

It’ means “wisdom.” No wonder Sophia is not only common in Greece, but also the fifth most-popular girl’s name on Nameberry.

Pronounced Pan-a-yio-tis, it comes from the Greek word meaning “all-holy,” per the Greek Names website, referring to Panagia (the Virgin Mary). Its nicknames include Panos, Takis, Yiotis, Panouli.

From the Greek word for “messenger” or “angelic,” according to Greek Names, this popular girl’s name can also be spelled Aggeliki. Over here, we’re more likely to name a daughter Angelica.

From the same root as Vasiliki, this boy’s name refers to St. Basil, the 4th-century bishop who helped found the Christian church. He’s a prominent figure in the Greek Orthodox religion.

The feminine form of Giorgios isn’t pronounced like our Southern state. Greek Names explained that the proper way to say it is “yee-o-RYEE-a.”

Pronounced with the accent on the first syllable, the name, as you might expect, pays homage to Jesus Christ.

As a name, the female version of Dimitrios is almost as popular in Greece as its male counterpart. Women there usually go with the full version of their name, but over here, our most famous Demetria is better known as Demi Lovato.

This name comes from the Greek word for “immortality” and pays tribute to an early Greek saint. In Greece, it’s common to shorten the name to Thanos or Saki.

The female form of Konstantinos has a number of nicknames, like Tina, Dina, Dinaki. Girls named Konstantina are apparently stable, persistent, and sociable with their closest friends.


Another name that has stood the test of time in many cultures. This is the Greek variant of the name Michael, which in itself is the seventh most-popular boy’s name in America.

While Charlotte holds the #10 spot in the US, in Greece, that place belongs to this unusual name meaning “preparation.” Pronounced with the emphasis on the final syllable, it’s the name of a female saint revered in the Greek Orthodox church.