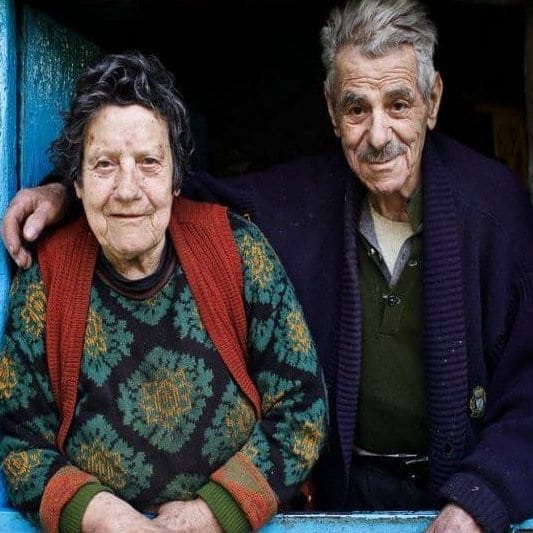 The magical island of Ikaria is a Greek island in the Aegean Sea 10 nautical miles (19 km) southwest of  Samos. It got its name from Icarus, the son of Daedalus in Greek mythology, who fell into the sea nearby.

Ikaria has been featured on CNN, Oprah, many bestselling books, magazines like ‘Men’s Health’, countless articles in newspapers, and all over the world wide web. So, why is this island so unique? One in three people on this 99-square-mile island live to 90 years of age and older. In contrast, U.S Census show that only one in nine baby boomers will reach 90.

Ikarians have 20 percent less cases of cancer than Americans and about half the rate of heart disease as well as one-ninth the rate of diabetes. They have virtually no Alzheimer’s disease or dementia.

Here’s an amazing real life case: A Greek immigrant to the United States from Ikaria was given only a few months to live after having been diagnosed with abdominal cancer in Pennsylvania in 1970. He left his job as a bridge painter and returned to Ikaria to die and be buried there. 41 years later, Yiannis Karimalis miraculously has outlived all the doctors who had predicted his death. He lives in Ikaria now 75 years old.

What are the key factors to their longevity?

There are radioactive hot springs which are believed to relieve pain and to cure skin ailments and joint problems for many living and traveling to this magical island.

Over 150 types of will greens grow on Ikaria that have more than ten times the level of antioxidants than red wine. Sipping herbal teas like mountain tea and chamomile is a daily routine for locals.

Ikaria’s lifestyle plays a very important part in their longevity. Ikarians stay active by walking most of the time which lowers depression, weight and mortality. Their diet is high in whole grains, vegetables, fruits, olive oil and fish. They eat very little red meat.

One older gentleman Yioryos Stamoulos is 102 years old. He is featured in the documentary video above.

Ikarians do not worry much and take daily afternoon siestas. A thirty minute nap may not be ideal for those of us living in North America or other parts of the world, however lowers stress hormones and is recommended by doctors.

Instead of drinking cows milk, the people of Ikaria drink organic goat’s milk most of their lives. This organic milk is rich in antibacterial compounds as well as tryptophan. Most of the cows milk we drink today is pasteurized and filled with many growth hormones.

Most Ikarians are religious and frequently attend church, statistics show that people who attend church services weekly live 3-4 years more than those who never attend.

Could this island be the fountain of youth? Have you been there? Let us know your thoughts on Ikaria, and the introduction given in the above interview below in our comments.

THE PARTHENON NAMED "MOST BEAUTIFUL BUILDING IN THE WORLD" BY BUSINESS INSIDER
The Top 20 Greek Baby Names
The 6 Year Old Greek Piano Prodigy That Played Carnegie Hall
THE WORLD'S MOST BEAUTIFUL STREET IS IN GREECE
The Legendary Greek-Amercan Telly Savalas
The Greek Creator of the Mini Car
The Greek Orthodox Roots of NBA MVP Giannis Antetokounmpo
Tom Carvel, The Greek Inventor of Soft Ice Cream in America