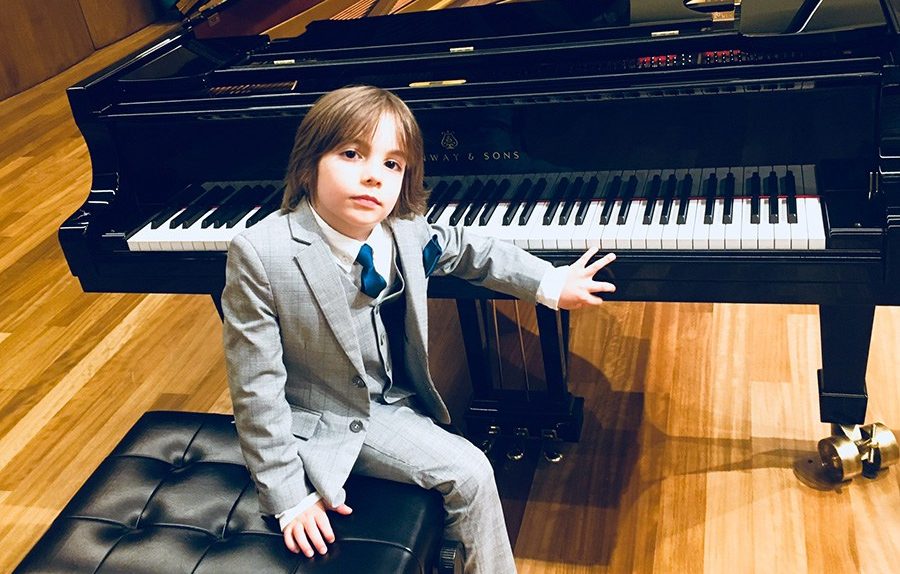 Stelios Kerasidis was born in Athens on June 2012, Stelios followed in his father’s footsteps, as his dad (Foti) is also a piano soloist and piano teacher.

Foti says the talented boy showed interest and passion in piano from when he was a baby and his father gave him his first piano lesson at the age of 3. The young Stelios has not stopped practicing since then and his favourite composers are Bach, Chopin, and Beethoven.

Stelios Kerasidis is a gifted and talented 6-year-old pianist, who has already won many awards, played at some of the largest music halls throughout Greece.

On October 31, 2018, the amazing piano prodigy wowed American audiences by becoming the youngest Greek artist ever to perform at the famous and prestigious Carnegie Hall in New York.

Since it opened in 1891, Carnegie Hall has set the international standard for musical excellence as the aspirational destination for the world’s finest artists. From Tchaikovsky, Dvořák, Mahler, and Bartók to George Gershwin, Billie Holiday, Benny Goodman, Judy Garland, and The Beatles, an honour roll of music-making artists representing the finest of every genre has filled Carnegie Hall throughout the years.

This is a huge honor for Stelios, who at 6 years old has already achieved what many pianists can only dream of.

Moreover, he has also performed at major recital halls such as the Royal Albert Hall in London, Musikverein in Vienna, Palazzo Leti in Italy, and played with the Athens Sinfonietta at just five years of age.

“Miracle kid? What is that? I love my music and my piano” – 6 year old Stelios Kerasidis