Greeks love big family celebrations and when it comes to New Year’s, there’s no exception. Greeks love to eat, drink, and party with their loved ones and ring in the New Year with style! Many attend NYE galas, however now in a pandemic with many restrictions, most will get together with their family at home. There are many Greek traditions for New Year’s that you may know and many you may not.

On New Year’s Eve, right at midnight, Greeks sing the famous New Year’s carol “Arheminia k’arhe Hronia” right when the clock strikes 12. This is traditionally sung at NYE galas, dances, and other social gatherings. In homes it is sung as well and also on New Year’s Day family dinners. 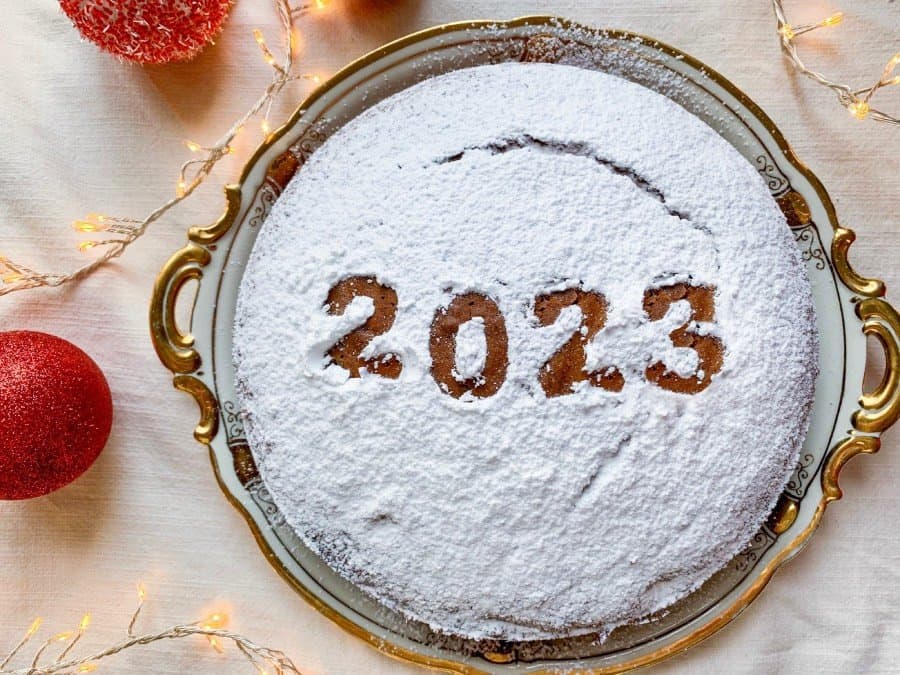 Vasilopita, which translates to Saint Basil’s pie, is a traditional New Year’s Day dessert. Every Vasilopita has a coin hidden inside; the family head cuts the pie into pieces, and whoever discovers the coin is considered to have a prosperous year ahead of them. This practise stems from the legend that citizens of Cappadocia gathered money and jewellery to pay a tax to the region’s oppressive prefect. Saint Basil was able to persuade the prefect to relieve the locals from having to hand over their valuables. Because they didn’t know how to return the items to their respective owners, the villagers took Saint Basil’s suggestion and baked little pies. The jewellery and money were then miraculously placed into the pies, and each person received their personal valuables. 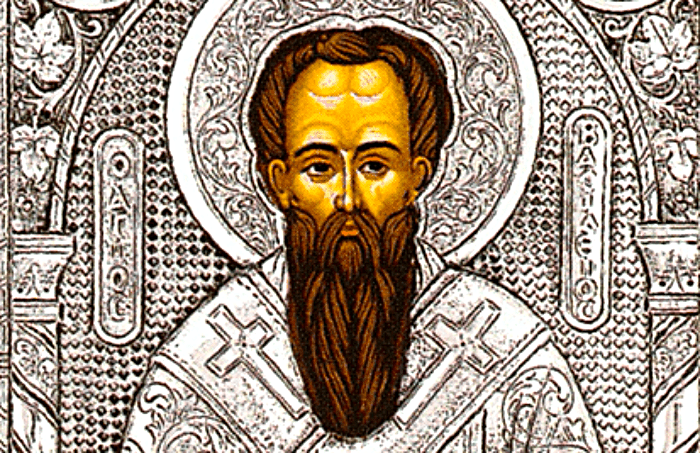 On January 1st the Greek Orthodox church commemorates Saint Basil the Great, Archbishop of Caesarea in Cappadocia. Saint Basil was born in the year 330 in Caesarea, to a family renowned for their learning and holiness. Greeks named Vasili or Vasiliki celebrate their Name Day and are given gifts from family and friends.

Rolling of the Bread Some Greek families roll a homemade wheel of bread down a hallway in their home as a lucky game. If the bread lands upright, the year will be filled with luck, if it lands upside down, the year will be unlucky. 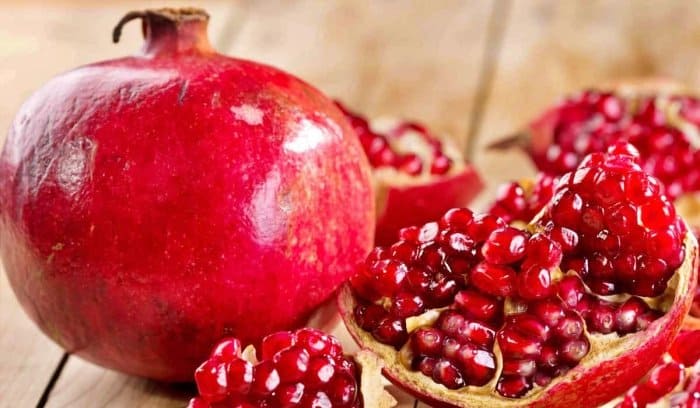 The ancient symbol of prosperity and good luck has always been the pomegranate. Greeks on many Greek islands in Greece hang a pomegranate above the door throughout Christmas. At midnight, on New Year’s Eve, the lights are turned out and the pomegranate is then hurled to the floor, or at the door, where it smashes, spilling out its seeds. The more seeds the better! This helps ensure luck, health, happiness and prosperity for the coming year. When December arrives, Greek homes begin to be filled with the amazing aroma of cinnamon, cloves, nutmeg, honey, walnuts and more. Greek housewives compete to see who will bake the best Kourabiedes and Melomakarona Christmas cookies for the holiday season. Greek housewives will send cookies to family and relatives homes along with other sweets. The main ingredients of melomakarona and kourabiedes are oil, honey, cinnamon, walnuts, cloves, egg, butter, orange zest which are Greece’s most famous food products. Even though today these honey cookies are connected with Christmas time, in ancient times Greeks would eat them as an everyday dessert. See Kourabiedes Cookies Recipe