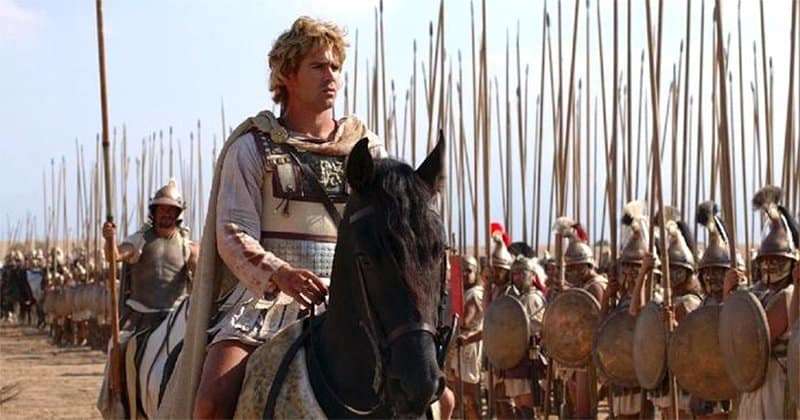 We have some great news for history buffs coming in 2021. As we are still living with a raging global pandemic and leaving behind a cinematically boring 2020. We can’t wait for this much anticipated, high profile, Alexander the Great TV series from the production company of Ben Silverman and Propogate.

The Alexander the Great series will be shot in Greece and will be great for the country’s troubled economy. This news comes from Deadline. The series will be written by “Vikings” and “The Tudors”, Michael Hirst and Stephen Kronish from “24” and “The Kennedys”. A collab of 2 greats that looks to be awesome and very entertaining.

The series on the life of the Greek King of Macedonia, Alexander the Great, will be filmed in Greece itself and co-produced by Greece’s Antenna Company. G5 Fiction and ZDF Enterprises are also involved in the film, which, after their partnership on “The Tudors,” reunites Silverman and Hirst. The Greek companies G5 and ZDF Enterprises will also be involved in the shooting of the historical series.

In 2004, Oliver Stone released the Hollywood movie “Alexander” starring Colin Farrell, Angelina Jolie, and Val Kilmer. The movie was not received well by critics and was a bomb at the box office. The movie cost $155 million to make and only grossed $167 million worldwide putting it in the top 3 Greatest Box Office Bombs of all time. There have been no new Alexander the Great movies or TV series released since 2004.

We look forward to a refreshing new take and a much needed series on the King of the Ancient Greek Kingdom of Macedonia and a member of the Argead dynasty. Alexander the Great was born in Pella on July 20 of 356 BC and died in June 323 BC at the young age of 33.