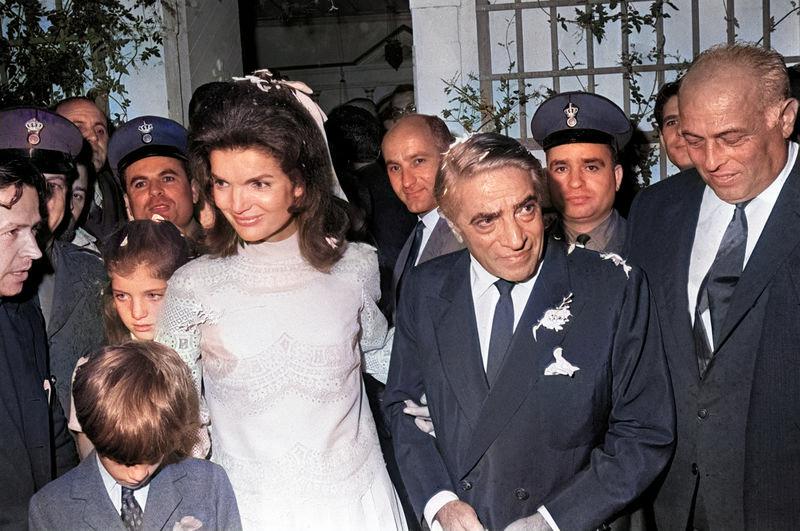 The Greek shipping tycoon Aristotle Socrates Onassis, was born on January 20th, 1906, in (then Greek) Smyrni (Izmir), (today called Turkey) and passed away on March 15th, 1975, near Paris, France. Onassis established the biggest supertanker and freighter fleet in the world and was one of the richest men at that time. His freight was so gigantic that it was bigger than the navies of many countries.

The Onassis family were originally wealthy tobacco merchants, however the family of Onassis lost almost everything when the Turks recaptured Smyrni (modern Izmir), which had become a Greek city after World War I, in 1922. The Greek family, having fled to Greece, sent Onassis to South America in search of a better future and fortune. Onassis became a night-shift switchboard operator in Buenos Aires and started a tobacco-importing company. Onassis profited from the increasing popularity in Argentina of imported Turkish tobacco, and gained $100,000 from tobacco sales commissions in just 2 years. The Greek government got Onassis to negotiate a trade agreement with Argentina in 1928 and then made him Consul General. His business drastically grew to include cigarette manufacturing and commodities trading. Onassis had made his first 1M by the age of 25.

Onassis purchased his first six freight ships for a fraction of their real value in 1932, during the depths of the Great Depression. In 1938 he had his first oil tanker constructed and by World War II he purchased two more. He leased his tankers and other vessels to the Allies during the war. Onassis purchased 23 surplus Liberty ships from the United States after the war, and he embarked on a plan to eventually develop larger oil tankers in order to transport the world’s petroleum supply economically. He pioneered the construction of supertankers, commissioning 17 such vessels in 1954 alone. His tankers reaped enormous profits from transporting oil from the Middle East through the Cape of Good Hope route after the Suez Canal was closed during the Arab-Israeli wars in 1956 and 1967.

Onassis was in a shipping rivalry and competitiveness with Stavros Niarchos. He bought a majority interest in Société des Bains de Mer in 1953, which owned a casino, hotels and other real estate in the Monte Carlo resort. He also owned and operated Olympic Airways, the Greek national airline, through a concession from the Greek government, from 1957 to 1974.

In 1946, Onassis’s first marriage was to Athina Livanos, daughter of the shipping magnate Stavros Livanos; in 1960, it ended in divorce. For a long time, he was closely associated with Maria Callas, the opera diva. Then he married Jacqueline Bouvier Kennedy, widow of President John F. Kennedy. His luxury yacht, Christina, named after his daughter, served as his permanent residence for several years.

Aritostle Onassis may have had a very rich, successful and lavish lifestyle however life later brought lots of Greek tragedy to his family. His only son, Alexander died on January 23, 1973. The only son of Onassis, Alexander Onassis, died in the sudden crash of a private plane in Athens, Greece. Alexander had such poor vision that there were few planes he was cleared to fly. Alexander was instructing another pilot in how to fly a plane when it crashed less than a minute after takeoff. Alexander later died in hospital from severe haemorrhage and injuries.

Onassis was very superstitious and was very prone to believe the many conspiracies that were floating around at the time. Onassis blamed Jackie for bringing bad luck into the family as John F. Kennedy and Robert Kennedy had both been murdered.  A $1 million reward was offered for any evidence that the crash had not been an accident and had been orchestrated by the CIA and the head of the Greek military junta. The $1M reward was never paid to anyone, and the reversal of the aileron connecting cables during the construction of a new control column was the official cause of the accident.