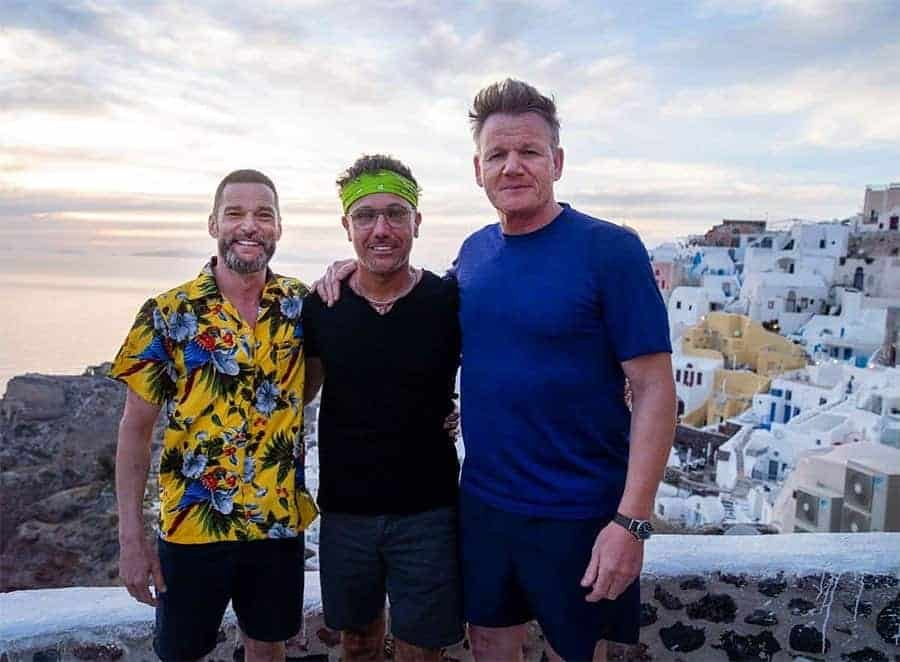 On Monday’s new premiere of ITV’s “Gordon, Gino & Fred Go Greek,” a heated chat regarding Greek vs. Italian cuisine took place. Gino D’Acampo was enraged by Gordon Ramsay when the two famous chefs started talking about cuisine and Gordon made a cheeky remark that Greek food is better than Italian.

Gordon, Gino, and First Dates maître d’ Fred Siriex were on their way around Greece, touring the country’s beautiful island of Crete in pursuit of the best meals. The three will visit Santorini, Crete, Mykonos, and Athens throughout the series. However, ties between the TV hosts quickly got heated after Ramsay voiced his opinion on Greek cuisine being superior to Italian cuisine in front of the Italian celebrity.

As the stars leaned back on a beautiful boat travelling the seas, Gordon told Gino that he thought Greek food was better than Italian. In the awkward events that ensued, Gordon and Gino got into a slightly heated Mediterranean food feud, with Fred siding with Gordon.

Gordon Ramsay told Gino “Greece never gets the look-in that France has, or the Italians. Honestly, I think Greek cuisine is superior than Italian cuisine,”