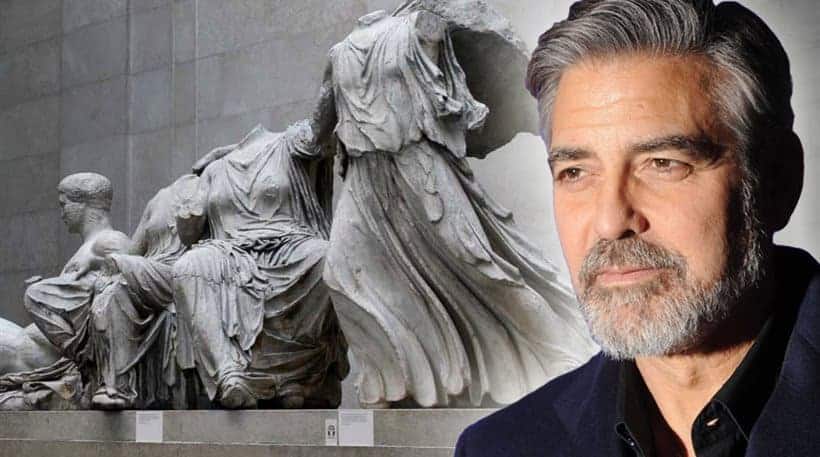 George Clooney is not just seen as a handsome Hollywood actor anymore. He has a deeper love for Greece and her antiquities since being married to Human Rights lawyer Amal. Clooney has called for the return of the Parthenon Sculptures to Greece in a recent talk with Janet Suzman, chairwoman of the British Committee for the Reunification of the Parthenon Sculptures, according to reports from Ta Nea, the Hollywood actor told Suzman:

“There are many objects of historical value that must be returned to their original owners. However, none of them is as important as the Parthenon Marbles.”

George Clooney called on Britain to allow their permanent reunion in their birthplace. “The Parthenon Sculptures must be returned to their original owner,” Clooney has reportedly said recently.

In a interview with the British newspaper ‘Observer’ he disclosed how discussions he had with his wife Amal Alamuddin on the fate of the Parthenon scultptures while they were dating helped build a strong bond and love between the two.

Clooney recalled the backlash he got from Prime Minister Boris Johnson, who at that time was Mayor of London, when he argued in favour of the return of the Parthenon Marbles to Greece.

Amal Clooney was working for the Greek government in support of their return from the British Museum.

GET YOUR GREEK JERSEY