The 2 time NBA MVP Greek Freak Giannis Antetokounmpo returned to the poor neighbourhood he grew up in to share a bit of love. Giannis loves his birthplace Greece and always speaks highly of Greece and his love for her.

Giannis and his family visited a neighbourhood supermarket and quite literally, practically emptied all of the shelves, according to shocked employees who took to their own social media accounts to share the news of their star struck experience.

Employees from the grocery store posed with Giannis and his family after their shopping spree first reported in a post by grocery store employees, Giannis, his brothers and mother,
parked in front of Agios Meletios Church in Sepolia and started distributing food, according to Alexia Koziona, a neighbourhood kindergarten teacher who shared a selfie on her Facebook page.
In reality, as the Greek freak has not posted or promoted this anywhere, the only way the
world knows what happened the other night in Sepolia, in central Athens, is through random social media messages. 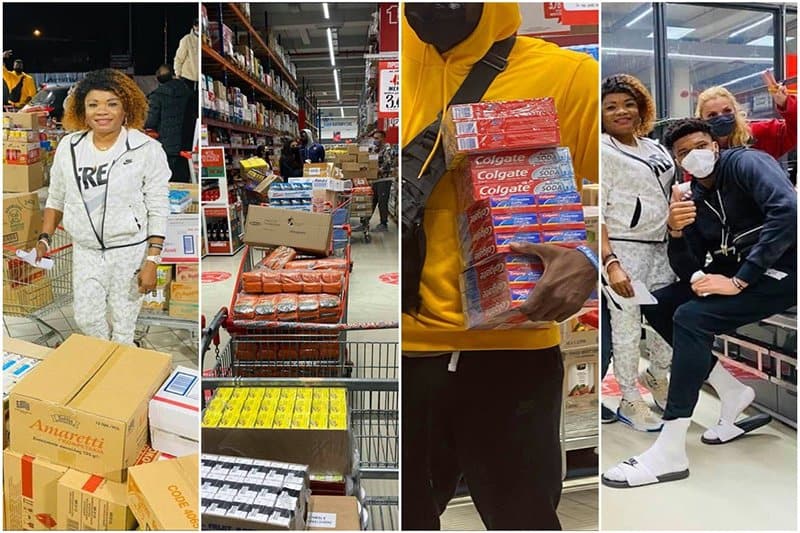 The Antetokounmpo family spent an hour or so passing out everything from toothpaste to milk, bags of sugar and other groceries to people who were eager to have a surprise gift.