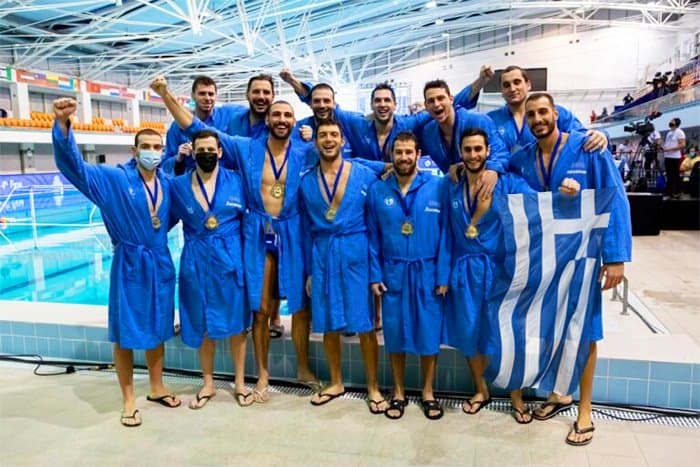 Greece is widely known for their great Olympic athleticism and gold medal wins in many sports like pole vault, basketball, pistol shooting, water polo and more. After all it was the Greeks that invented the Olympics! Ha! There you go! For the last 10 months the world has been on pause and so has the world of Mens Water Polo. It is very refreshing to hear of some positive news after the very difficult and unprecedented year of 2020 we have all been living through with endless negative news.

A very BIG BRAVO to the Hellenic Water Polo Team! The amazing Mens Water Polo team for Greece finished in 1st place this past weekend! Greece, Montenegro and Italy were the top 3 countries for the Men’s Water Polo World League Super Final with Greece playing amazing by beating Montenegro for the top spot in the European qualifying league.

Greece defeated Montenegro 12-7 in an easy 1st place qualification win that has brought about lots of happiness and joy to Greeks all over the world.

The water polo league was stopped for 10 months due to the globally catastrophic Coronavirus pandemic, the Men’s Water Polo World League 2020 resumed with a 3 day tournament that was held in Debrecen, Hungary from January 8-10, 2021. All teams and organizers were living in bubbles.

The Water Polo World League Super Final will be played in Indianapolis, the United States, April 26- May 2, 2021. Greece is headed for the Gold medal and we wish them all the best with the Olympic qualifications when the world will be ready for the postponsed and pending upcoming Toyko Olympics.