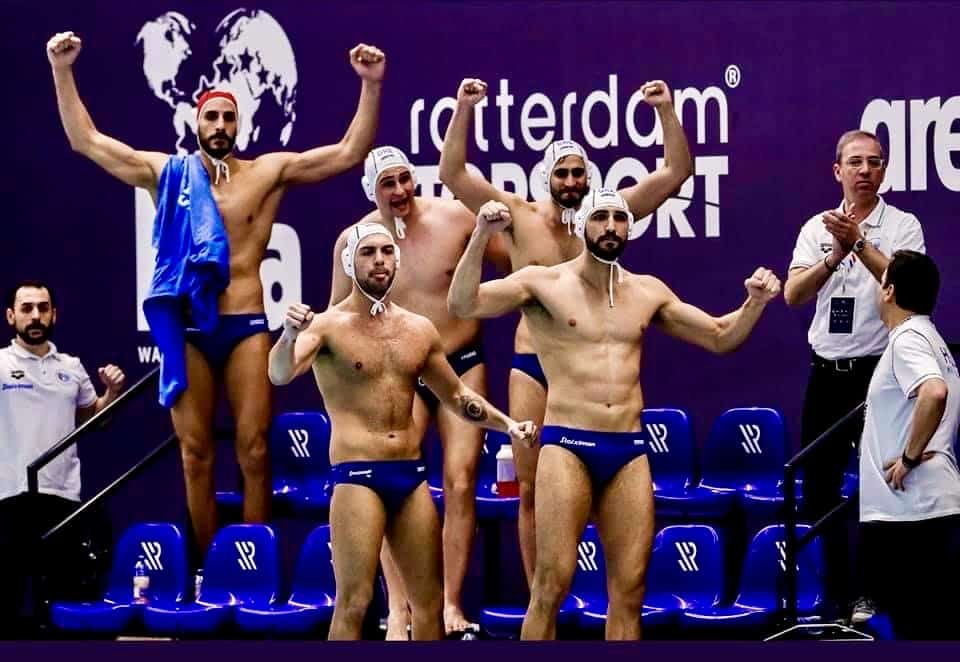 The National Greek Water Polo Team started the match with an impressive lead of 4-1. The Russians responded immediately and tied at 5-5 before the end of the first half, which had Greece leading 6-5.

At the end of the 3rd period Greece was leading by 2 goals (11-9). In the 4th period Angelos Vlachopoulos, who was voted man of the match, scored a very importnt goal that would lead Greece to a 13-10 victory.

The President of the Hellenic Swimming Federation Dimitris Diathesopoulos stated: “It was a great day for Greece, water polo and the country’s sports. I congratulate all the contributors to this great success, players and coaches. Water polo continues the tradition and is the flag bearer of Greece in team sports. Our players played a great game, and if they play in the Olympics like today, they will not lose to any team,”. On Friday, Greece had a great victory on penalties against France for the men’s Olympic water polo qualification tournament quarter-final stage.

We have posted some great photos and videos of the Greek Water Polo Team on our social media pages. Like and Share these below. Congratulations to Greece! We are sure that the Greek Water Polo team will go far in the Tokyo Olympics slated for this summer, 2021. The Tokyo Olympic Committee has stated that postponing another year due to Coronavirus is not an option, as the Olympic committee has spent over 2B in safety measures.