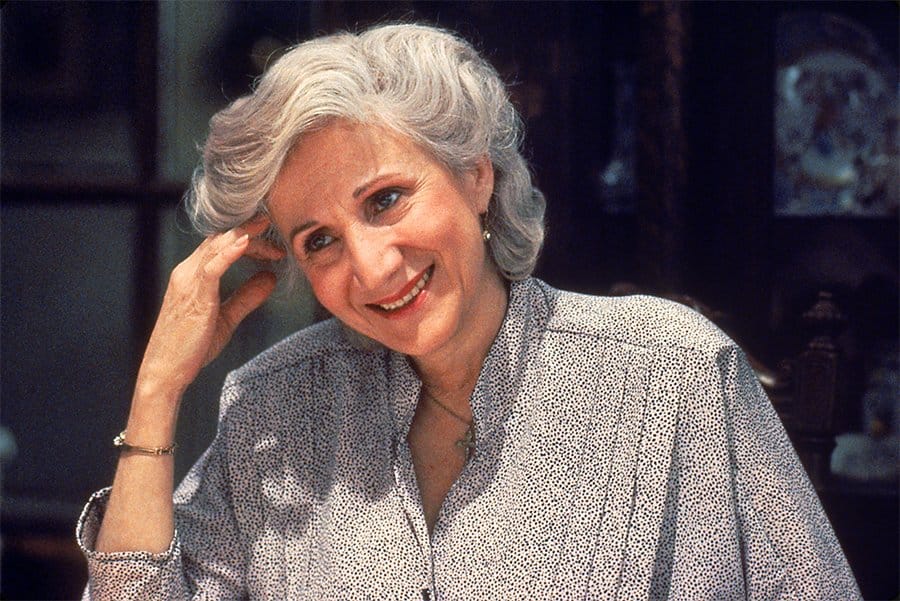 “Moonstruck” Oscar-winning (1987), Greek American actress, Olympia Dukakis died Saturday, May 1, 2021 in New York City at 89 years old. “After many months of failing health she is finally at peace and with her Louis,” her brother Apollo Dukakis wrote on Facebook. Allison Levy, her agent, also confirmed her death to CNN. Dukakis died at her residence with her daughter Christina Zorich by her side according to a family statement. Olympia’s brother Apollo Dukakis, her sons Stefan and Peter Zorich, and four grandchildren thanked people for the love, prayers, and kind remembrances during the difficult time.

Olympia Dukakis, the daughter of Alexandra “Alec” (1898–1994) and Constantine “Costa” S. Dukakis (1899–1975), was born in Lowell, Massachusetts. Her parents were both Greek immigrants, her father was from Asia Minor “Mikrasiatis” originally and her mother was from Messinia, in southern Greece in the Peloponnese. Apollo, her six-year-younger child, was her only sibling. She was a three-time New England fencing champion as a young woman.

She dealt with pressures from her patriarchal Greek family, as well as from her surroundings, “in a neighbourhood where ethnic discrimination, especially against Greeks, was routine.” She graduated from Arlington High School in Arlington, Massachusetts, and went on to Boston University, where she majored in Physical Therapy and earned a BA, which she used to treat polio patients during the epidemic. She later returned to Boston University and earned a Master of Fine Arts Degree.

Olympia Dukakis visited Greece a few years ago and spoke about visiting her mom’s village in Messinia, Greece below: