The Legendary Shield of Achilles

In the epic Homer poem ‘The Iliad’ there are 134 verses dedicated to the shield of Achilles. In Greek Mythology, Achilles lost his armor after lending it to Patroclus. Patroclus gets killed in the battle of Hector and his weapons are taken as booty. Then the mother of Achilles, Thetis, asks the god Hephaestus to forge new armor for her son. The shield is described as an example of “expression” and has influenced many poems that came later, like the Shield of Hercules, which is credited to Hesiod.

The most symbolic object in the poem ‘The Iliad’ is the shield created for Achilles by the god Hephaestus. Achilles shield represents the world outside of the Trojan War and his place in the conflict as the superior warrior. The pictures on the shield depict scenes of war and peace. 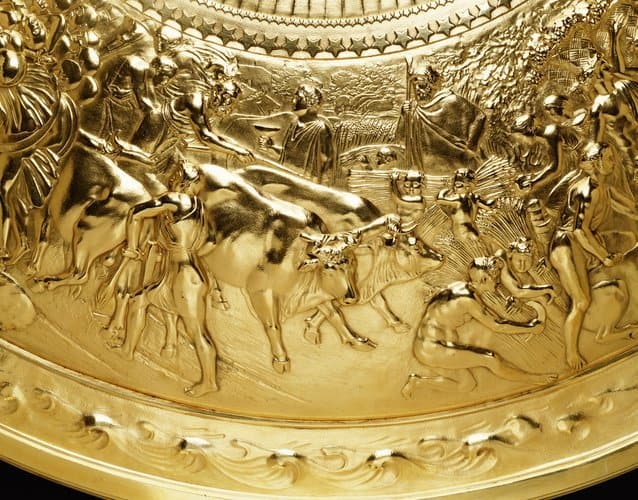 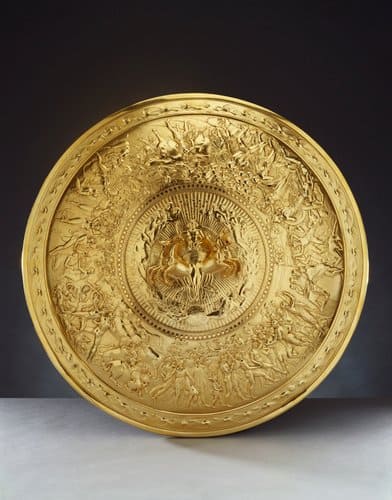 The stunning shield was created in silver gilt, silver covered in a thin layer of gold. The shield was completed in 1821 and first shown at the coronation banquet of George IV. It was displayed behind the King as a symbol of strength, heroism, and magnificence.

Homer vividly mentioned a legendary shield created for Achilles by the god Hephaestus in the 18th book of the Iliad and brought down to Earth by Thetis (mother of Achilles), along with other specially-forged armour. In the ‘Mighty Stream of the Ocean,’ the shield was said to be a mirror of the world of gods and men.