Famous actress/musician Rita Wilson is Greek-American (from her mom’s side) and has been married to famous Philhellene Tom Hanks for 33 years. The Oscar winning actor joined the Greek Orthodox Church when he married his wife Rita in 1988 and has since been an avid member of St. Sophia’s Greek Orthodox Cathedral in LA. The Hanks family have posted on social media during Orthodox Easter and on other religious holidays like Christmas.

The couple have been happily married for 33 years and even own a house on Antiparos island in Greece where they vacation every summer. The famous couple even became Greek citizens in July of 2020! Rita Wilson posted a photo to her Instagram on their 33rd anniversary of the couple in the Greek islands, smiling and wearing white. Rita captioned it,“33 years of marriage to my BFF, my lover, my man. Love wins.” Tom Hanks is a true philhellene, and regularly expresses his love and passion for Greece and the Greek culture publicly.

“I have been Hellenic now for 32 years. Greece is a haven. I’ve been to the most beautiful places in the world, none of them tops Greece. The land, the sky, the water, it’s good for the soul. It’s a healing place.” Tom Hanks at the Golden Globes

Rita Wilson is known to attend St. Sophia’s Greek Orthodox Cathedral in LA with Tom. She wrote a beautiful article for the Washington Post a few years ago on ‘”Greek Easter”.

“We don’t do bunnies. We don’t do chocolate. We don’t do pastels. We do do lamb, sweet cookies, and deep red. The lamb is roasted and not chocolate, the sweet cookies are called Koulourakia and are twisted like a braid, and our Easter eggs are dyed one color only: blood red.” – Rita Wilson

Rita has attended church during Orthodox Easter with her family and other famous Hollywood Greeks like Melina Kanakaredes, Nia Vardalos, and Fox CEO Jim Gianopulos. The couple are very into the Greek culture and produced the smash hit romantic comedy “My Big Fat Greek Wedding 1 and 2” which grossed 368 million worldwide on the original and 88 million worldwide on the second. 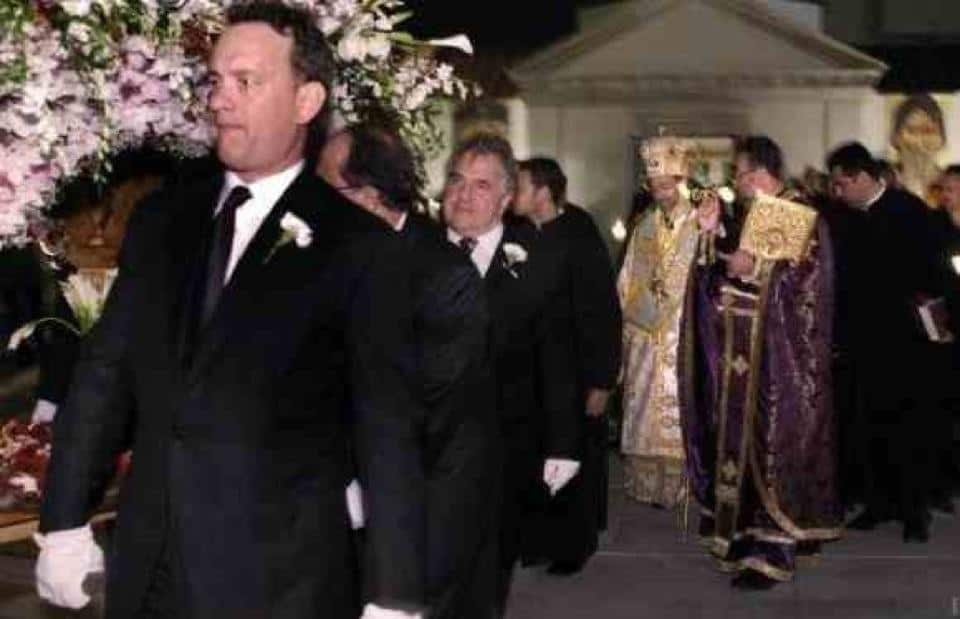 RITA WILSON TALKS ABOUT HER GREEK ROOTS FROM HER MOM

The very successful and grounded couple have 4 children and attend the beautiful St. Sophia’s Greek Orthodox Cathedral in Los Angeles. Tom and his family are well-known for attending on Greek Orthodox Easter and throughout the year. 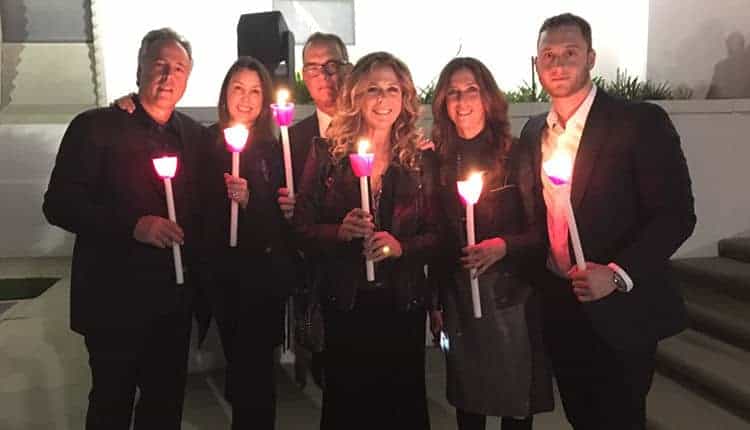