The famous Hollywood actress, Demi Moore, became a Godmother (“Νoná”) yesterday, as she christened the daughter of Andreas and Athanasia Steggou (business couple) inside the chapel of Agios Nikolaos, in Xerokampos, Sitia on the beautiful Crete island in Greece. 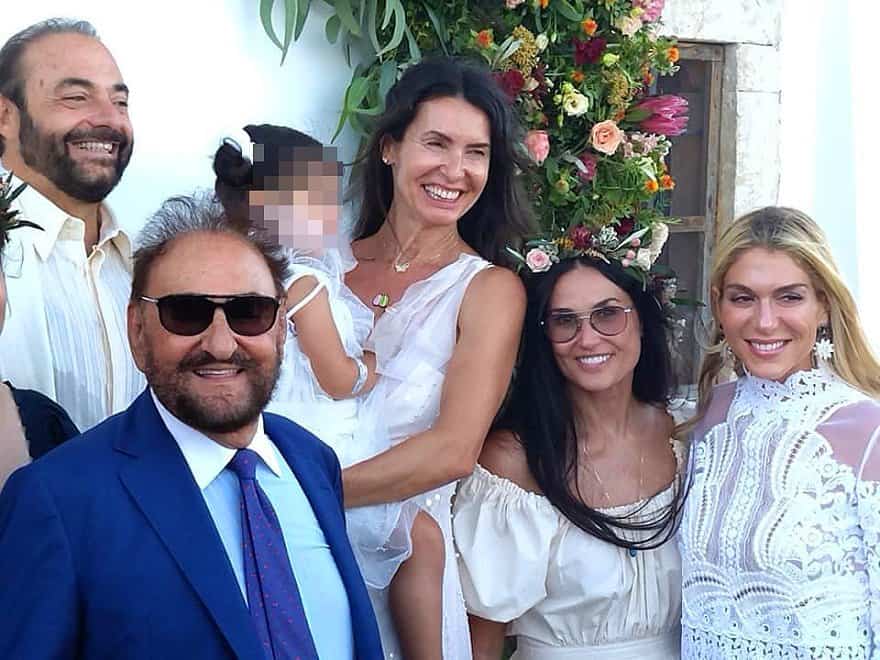 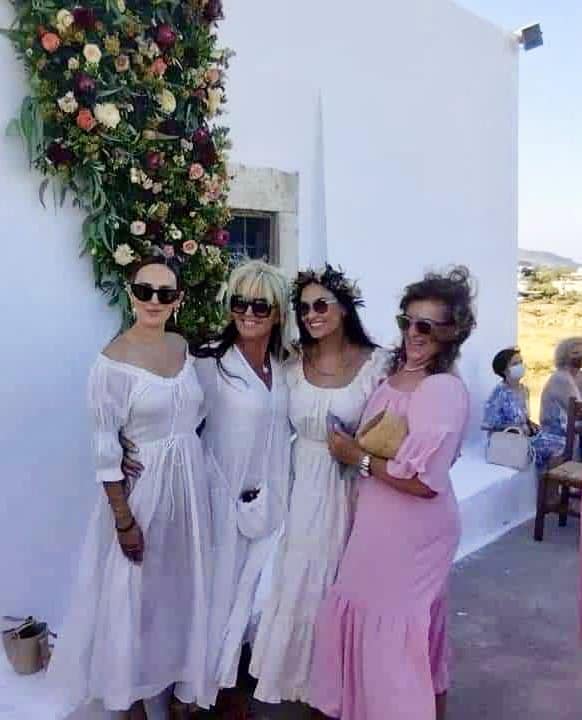 The three Godmothers were dressed like Greek goddesses. They wore all white and beautiful wreaths of flowers, while the famous American actress Moore was glowing and very friendly with everyone. Demi Moore has known the Andreas and Athanasia Steggou for years since she was married to Ashton Kutcher.

This is surprising for many Greeks as Greek Orthodox baptisms always only have one Godfather and one Godmother. Moreover, the Godfather and Godmother must be Orthodox Christian. Catholics are not permitted to Christen a baby.

The Hollywood actress had her breakthrough in her role in Ghost (1990 alongside Patrick Swayze); which turned out to be the highest-grossing film of that year, her great performance earned her a Golden Globe nomination. Moore had more box-office success in the early 90s, with the films: A Few Good Men (1992), Indecent Proposal (1993), and Disclosure (1994).

In 1996, Moore made history when she received an unprecedented $12.5 million for her role in Striptease, making her the highest-paid actress in film history. She had leading roles in The Scarlet Letter (1995), The Juror (1996), and G.I. Jane (1997), all of which were commercial failures and contributed to a decline in her career.

In 2019, she published Inside Out, a memoir that became a New York Times Best Seller. Moore has been married three times, to musician Freddy Moore, and to actors Bruce Willis and Ashton Kutcher. She has three children with Bruce Willis.

Did Demi Moore conform to Christianity to baptize in a Greek Orthodox church? Maybe not. She may have not partook in the baptizing and stood in as one of the Godmothers  Ashton Kutcher once said that her devotion to Kabbalah was “one of the essential ingredients” in the success of their marriage. The couple divorced in 2013, maybe the essential ingredients to Demi’s life now are more of Greece, and the beautiful Greek lifestyle.