The Greek Behind the Motor of Tesla

Meet Konstantinos Laskaris! The Greek Principal Motor “Maestro” Designer of Tesla Motors, the electric luxury automobile company. Laskaris has been the Chief Designer of Tesla Motors in Silicon Valley, California, for the last 10 years since 2012. Kostas develops innovative technology for future electric vehicles. Tesla’s cryptocurrency and stock has exploded in the last few years and co founder Elon Musk is the world’s richest man with a worth of $300 billion

It should come as no surprise that Tesla, the EV pioneer, invests much in internal R&D to develop better EV parts, and that its testing facilities and engineering skills are among the best in the business.

“As Tesla’s Principal Motor Designer, Konstantinos Laskaris is in charge of the electromechanical design and optimization of the company’s existing and future traction motors,” said Charged EVs, an electric car magazine, referring to Laskaris as “Tesla’s motor maestro.”

Laskaris graduated with a diploma from the National Technical University of Athens School of Electrical and Computer Engineering. He went on to Imperial College in London, where he received his diploma and master’s degree in 2002 and 2004, respectively. He worked as an electrical engineer in Greece for three years before returning to NTUA to pursue his actual love, a PhD in high-performance electrical engineering systems. 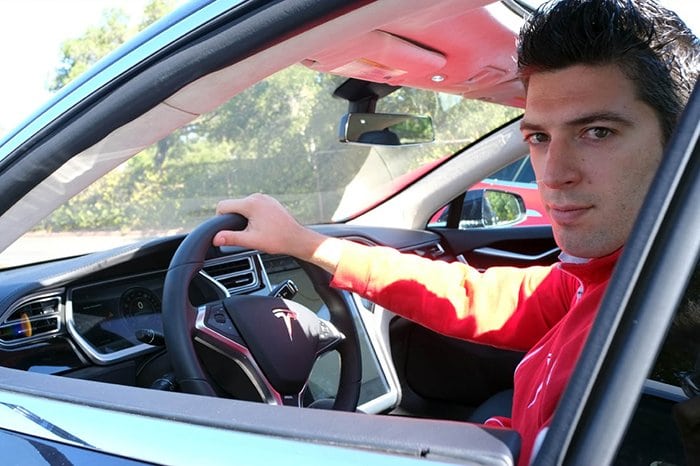 The future is bright for Konstantinos Laskaris. We wish him all the best. He makes all Greeks worldwide truly proud.