Everyone in the world needs to know about the great 1977 discovery of Greek archaeologist and Professor of Aristotle University in Thessaloniki, Manolis Andronikos. He announced to the world that he had discovered the tomb of the Macedonian King Philip II in Vergina, Greece. Manolis was responsible for one of the greatest archaeological discoveries of the 20th century, which proves that Macedonia is Greek.

It was on November 8, 1977 when archeology professor Manolis Andronikos and his team found themselves in front of an archaeological find that would cause universal excitement and an unprecedented intrigue for archaeology and the scientific community. The news of the coming weeks would make the rounds of the world many times, since in the immaculate Macedonian tomb revealed by the archeological obsession of 26-year-old Andronikos, there would be a golden shrine, which had stored his bones for so many centuries. Macedonian King Philip, the father of Alexander the Great! He announced the discovery on November 24, 1977 in Thessaloniki, Greece. The bones of Alexander the Great’s father were kept in a golden shrine for many centuries. For Professor Manolis Andronikos and his team, these were not only days of joy, but also of hard work and perseverance. Describing the discovery, the Professor had said: 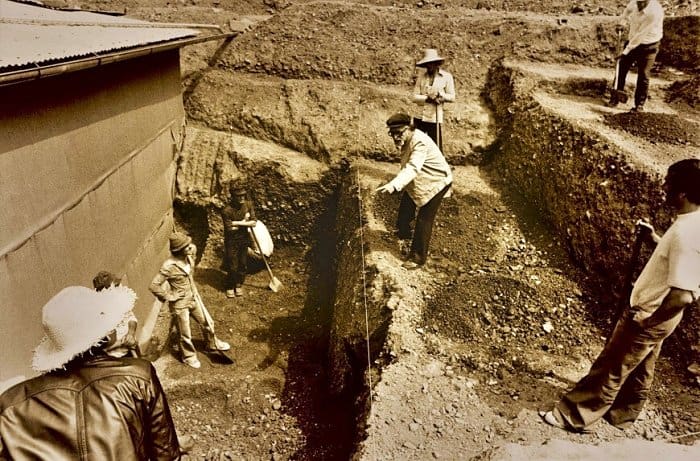 “My colleagues were gathered all around. I kept digging, and soon I was sure I was happy. I had found the first untouchable Macedonian tomb. That night, like all the following nights, it was impossible to sleep for more than two or three hours. 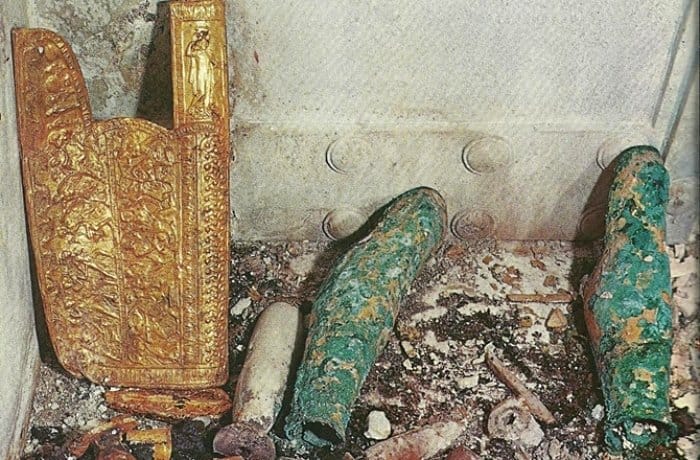 The only difficulty we encountered was that while we were lifting the lid, we could clearly see its contents, and we had to be able to keep a cool head and continue our work, even if our eyes were blurred by what we saw and our hearts were beating and was going to break from the emotions. Inside the sarcophagus was a shrine made entirely of gold. 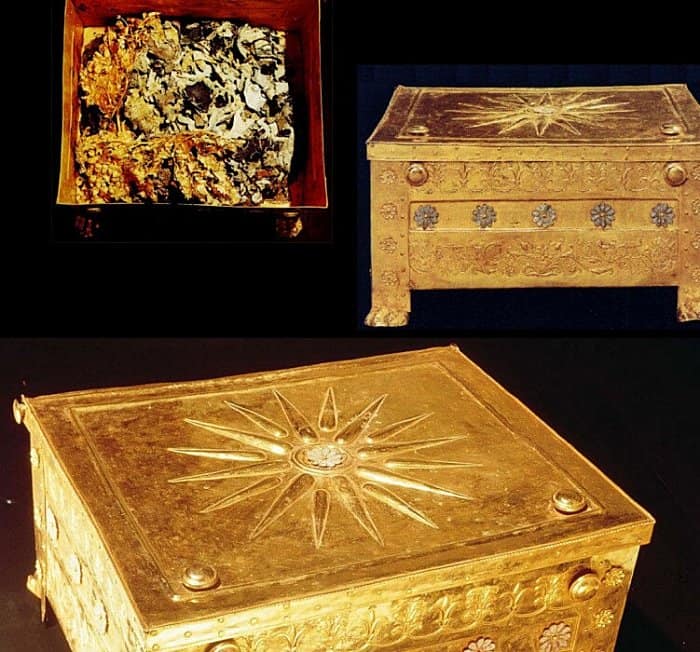 On its lid was an imposing embossed star with sixteen rays and a rosette in the middle. With great care and emotion I lifted the lid with the star. But what we saw once again took our breath away, dazzled our eyes and flooded us with awe: the most unexpected spectacle was an all-gold wreath of leaves that was folded and placed on the bones. I said to myself: If the suspicion you have that the tomb belongs to Philip is true, then you have held the Shrine with its bones in your hands. Such a thought is so incredible that seems completely unreal. I do not think I have ever experienced such a disturbance in my life and I never will…”