Impossible is nothing! At 90 years old, marathon runner Stelios Prassas is the oldest athlete ever to finish the Athens Marathon of 42km. Prassas was born in 1931 and takes pride in retaining not only the physical fitness of a teenager, but also the spirit and drive of one. The remarkable athlete has won eight national awards and was applauded by hundreds as he finished the Athens Marathon that took place on Sunday, November 14, 2021.

Stelios was the oldest of the 30,000 runners that competed in the Marathon, which followed the route of Pheidippides from Marathon to Athens during the Persian Wars.

The military courier sprinted from the battlefield at Marathon, northeast of Athens, to Athens in a historic moment that made him the most celebrated runner in history, before collapsing and dying. In 490 BC, he was dispatched with the urgent report that the Greeks had vanquished the Persians. 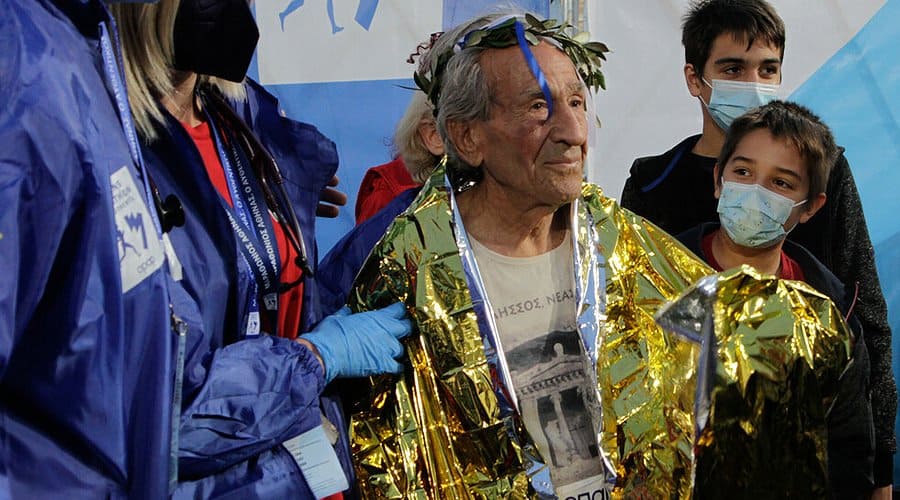 “I was very happy. As soon as I ran the first kilometers, people applauded me and I rejoiced. It is the only thing that gives us great joy and gives us great vitality to be able to run and finish. The most moving moment is always when I finish the Marathon. It’s an indescribable moment! I love it when I enter the stadium, above all when I enter the one in Greece, the Panathenaic Stadium. It’s a temple, all athletes need to kneel there. There are no stadiums with that kind of marble in the world. In other countries, we run to skyscrapers and apartment buildings.” – Stelios Prassas

Stelios at 90 years old is the definition of the Greek spirit and full of resilience, drive, and will power! Bravo Mr. Prassas! You may be a pappou in age, but a heroic young soul in the eyes of all Greeks worldwide!