It is reported that the Greek government is preparing to convert the former Royal Palace of Greek born Prince Phillip into a five-star spa hotel. The former Greek Royal Palace was one of a variety of properties owned by the family of Prince Philip that were confiscated when the monarchy collapsed. The house will now be refurbished and reopened as a hotel with facilities such as restaurants and cafes. Prince Phillip was born on the island of Corfu in 1921. Prince Phillip will turn 100 years old in June of this year. The villa belonged to King George I of Greece and was left to the parents of Prince Philip upon the death of the King in 1913.

“Lina Mendoni, the Greek Minister of Culture, said: “The government wants Tatoi to be a year-round green infrastructure attraction.

“This is an incredibly ambitious undertaking.

“The biggest challenge will not be completing the project, but rather maintaining the enormous running costs it will incur once it is operational.”

The venture has a 130 million euro budget and is expected to boost tourism to the island of Corfu or Kerkira as the Greeks know it. 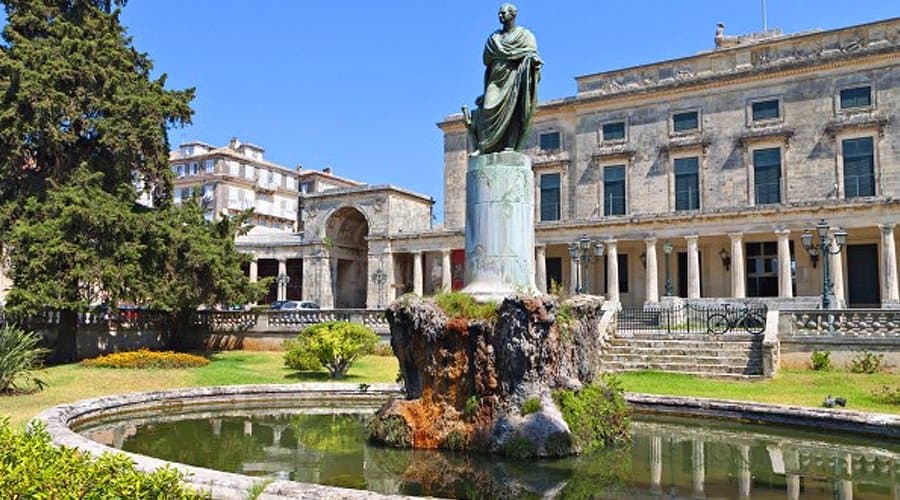 The royal palace in Mon Repos on the Greek island of Corfu, where Prince Philip was born, was also one of the properties taken over. This happened when the then King Constantine was forced to flee following a failed attempt to topple the military junta that ruled Greece.

Prince Phillip was born in 1921 and he and the family had to flee the country when he was a baby.The Greek occupation of Smyrna (Smirni) ended with the Turkish take over of Smyrna under the command of the evil Mustafa Kemal Atatürk on September 9, 1922. Turks killed the Orthodox Bishop Chrysostomos of Smyrna, and a few days later the Great Fire of Smyrna burned large parts of the region (including most of the Greek and Armenian areas). Hundreds of thousands of Greeks and Armenians were killed.