A strong earthquake with a magnitude of at least 6.0 up to 6.3 according to US surveys rocked central Greece Wednesday and was also felt even in the Balkan countries Albania, FYROM, and as far as Kosovo and Montenegro.

One Greek man was injured by falling rubble and thankfully there were no other reports so far of any serious injuries. Greek officials reported some serious damages to mainly old houses and some minor damage to buildings that saw walls crack.

The earthquake sent thousands of Greeks rushing into the streets in Larissa and Tyrnavos, the closest towns to the epicenter, west-northwest of Larissa. Some aftershocks hit the area, the most powerful having a preliminary magnitude of over 5.0.

The earthquake struck at 12:16 p.m., according to the Athens Geodynamic Institute which put the preliminary magnitude at 6.0.

The United States Geological Survey recorded the magnitude at 6.3, but it is common for magnitude estimates to vary soon after a quake.

See all the AP Photos by Vaggelis Kousioras 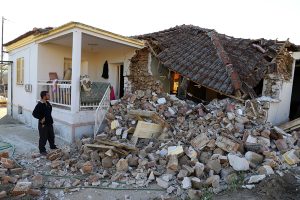 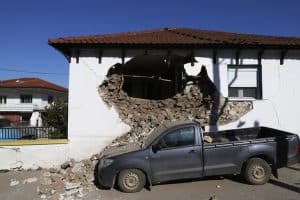 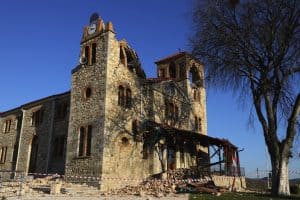 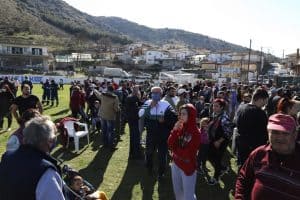 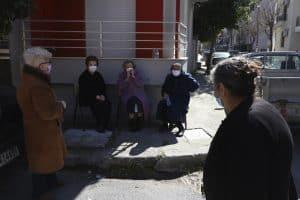 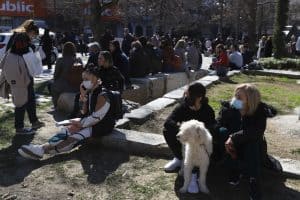