The beautiful Korina Emmanouilidou is 22 years old and stands 5’11” tall. Korina won the Star GS Hellas Pageant in Greece beating 20 candidates that had participated. She is a make-up artist and a model and will represent Greece in the upcoming 71st Miss Universe Pageant which will be held in New Orleans, Louisiana, USA on January 14, 2023. We wish Korina and Greece the best of luck! Kali epitihia! 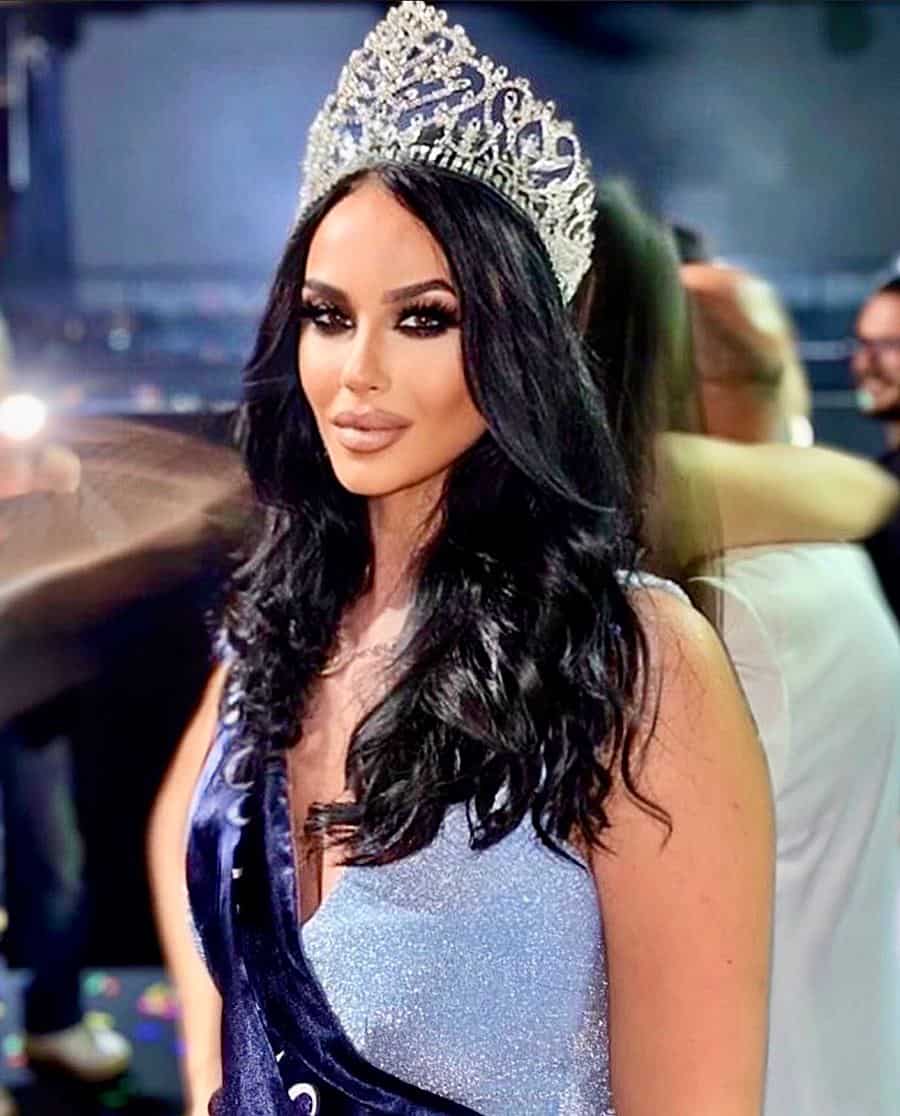 Greece was once considered a strong nation at the Miss Universe pageant. In a 22 year period from 1952 to 1973, Greece made it to the Semi-Finals a whopping 13 times. Greece has only one Miss Universe Winner: Corina Tsopei who won in 1964. Greece is currently ranked 25th in the Big 5 Ranking. 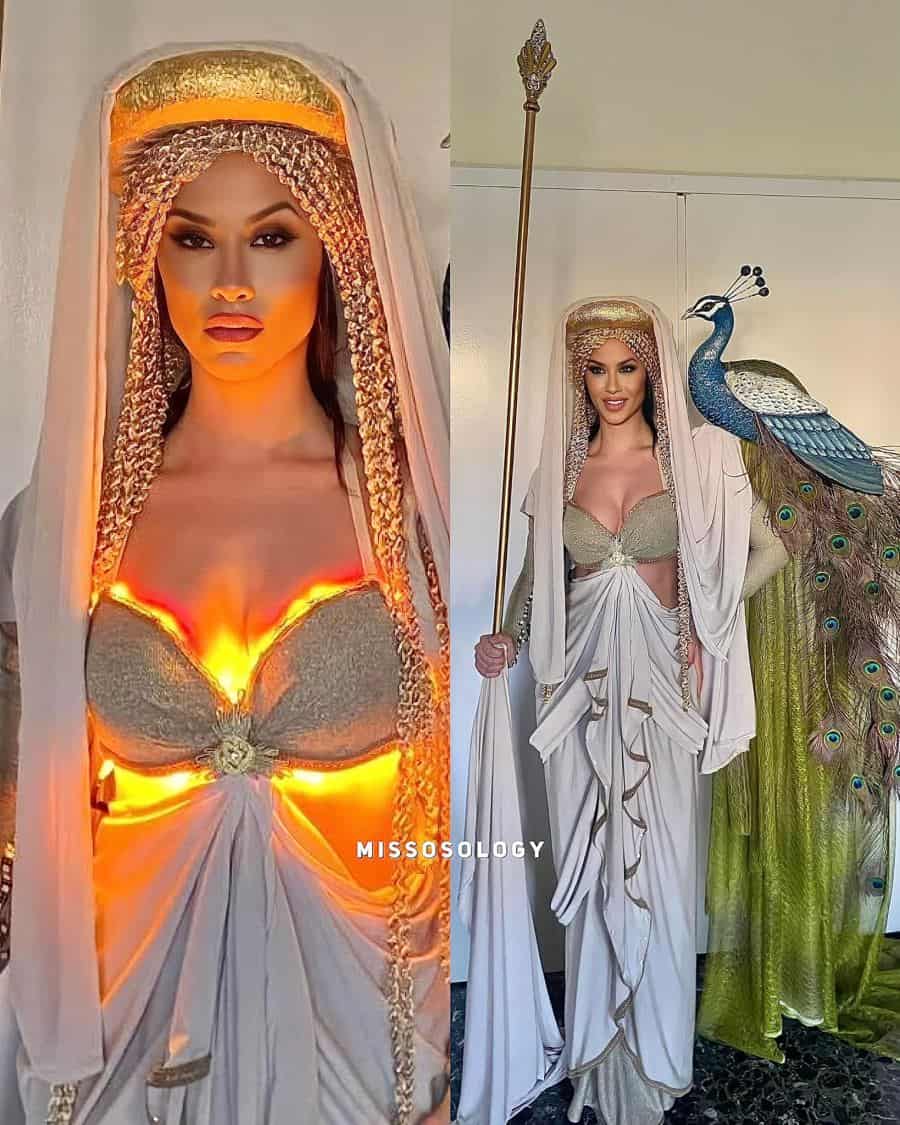 Description: Goddess HERA was chosen as our national costume, since we want to convey to the whole world on stage the slogan for GREECE – TAKE OUR HISTORY BACK. So we chose the ultimate Goddess, the Goddess of Gods Hera, who symbolizes beauty – family and protection of its members. For us, Hera is the primary protector of the Institution, so the Time has come to show her with our message.

Her elaborate spear is a reference point of dynamics and protection. The Peacock with the 1000 eyes in its tail aims to turn everyone’s eyes on us and open its tail on stage and become a symbol of brightness, shedding light on TAKE OUR HISTORY BACK.

As you can see in the costume, it is lit up…. this is a small snapshot that will take place, since we have asked for the lights to be turned off at some point….. THE REST ON STAGE AT MISS UNIVERSE 2022 – NEW ORLEANS, USA.

As Miss Universe Greece,I am very proud to dress up as Goddess Hera on the stage of Miss Universe and I promise to make all Greeks in every corner of the earth proud🇬🇷🙏🏻💙