The “Mati” (Evil Eye) is one of the most popular superstitions in Greece and worldwide among Greeks. The ‘evil eye’ is thought to be caused by compliments, adoration or envy in Greece and various other countries (Italy, Iran, Egypt, Lebanon, Afghanistan, Turkey,) The consequences vary from headache, yawning, disease, misfortune, injury, and even death at times. People wear charms in the form of an eye to ward off any curse; in order to eliminate the curse, the recipient usually asks an elder woman (mother, aunt, yiayia) to recite a secret prayer. Spitting (do not worry, this was BC before Coronavirus), or tossing salt over the shoulder, are other strategies. Since one may think and believe they may have contracted the evil eye, some may wear their underwear inside out. 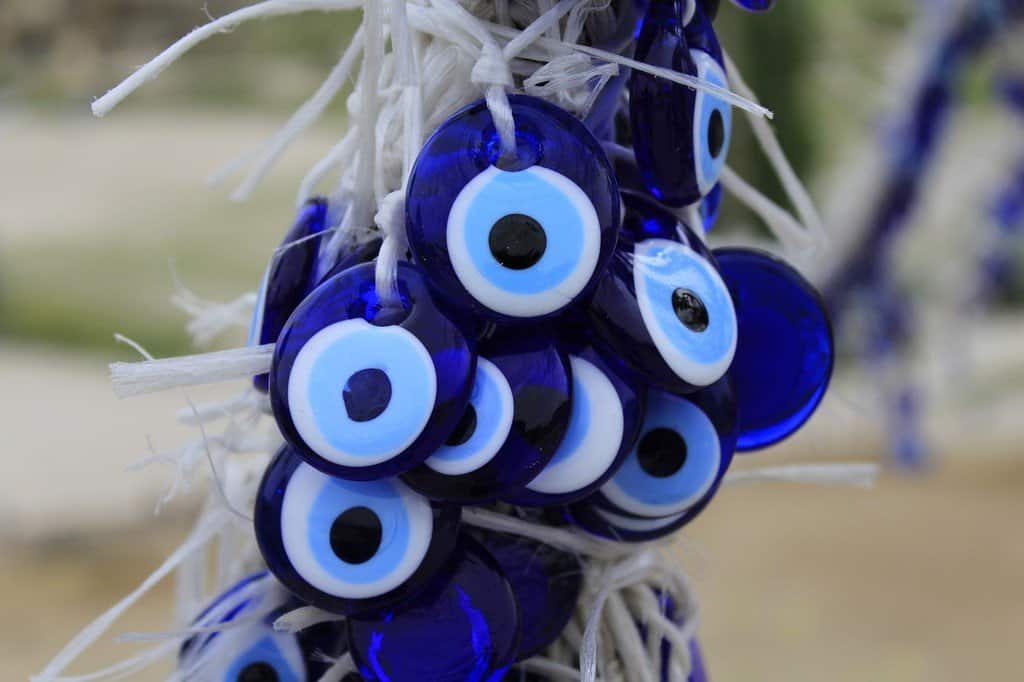 It is believed that spitting, or rather the spitting sound (ftou ftou ftou, sometimes three times to signify the Holy Trinity), is to protect against the evil eye’s curse. It is not rare to hear anyone say “ftou ftou ftou” when they hear about someone’s pain or misfortune to protect themselves or their loved ones from it. But the most common occurrence is with children, where people make the spitting sound to safeguard the child from any harm.

Science has already proven the power of salt, but according to Greek tradition, having anyone to leave the house is as simple as sprinkling salt behind them. Try it out the next time an unexpected visitor is there. Before going in, a little bit of salt sprinkled into the doorway of each room is often believed to chase away any bad energies.

Hiccups
According to an old superstition, hiccups are thought to mean that someone is talking or thinking about you.

Cheers! But never with coffee! Just like anywhere in the world, Greeks cheer by saying “Yeia mas” with alcohol, be it with wine, ouzo, beer or tsipouro (moonshine). But one thing they will never do is cheers with coffee, which is said to bring bad luck.

Throughout the Christmas holidays, pomegranates, an ancient sign of prosperity and good luck, are hung above the entrance. At midnight, all the lights in the house are switched off on New Year’s Eve and the pomegranate is smashed on the ground or at the entrance. The more seeds spill out, the more likely it is for the coming year to bring good fortune, health and prosperity. 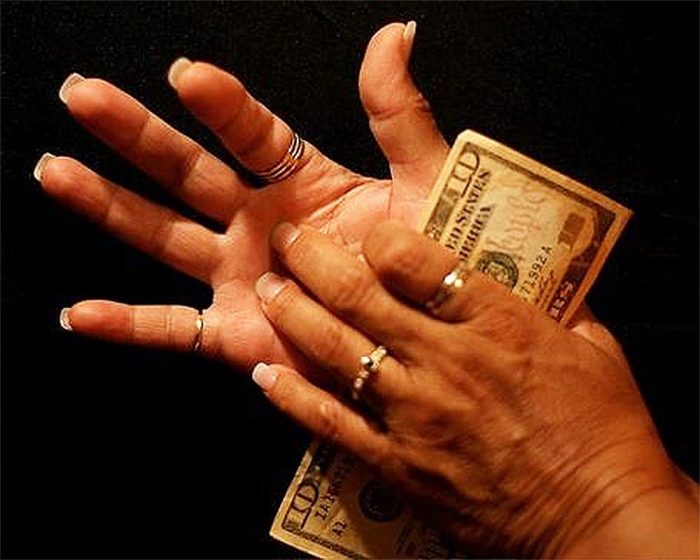